Link to this page

Last Supper
Order a Hand-Painted Reproduction of this Painting 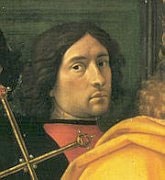 Domenico Ghirlandaio (1449 - January 11, 1494) was a renowned Florentine Renaissance painter, a contemporary of Botticelli and Filippino Lippi. His many apprentices included Michelangelo.

Ghirlandaio's full name is given as Domenico di Tommaso Curradi di Doffo Bigordi; it appears, therefore, that his father's surname was Curradi and his grandfather's Bigordi. Domenico, the eldest of eight children, was at first apprenticed to a jeweller or a goldsmith, most likely his own father. The nickname "Il Ghirlandaio" (garland-maker) came to Domenico from his father, a goldsmith who was renowned for creating the metallic garland-like necklaces worn by Florentine women. In his father's shop, Domenico is said to have made portraits of the passers-by, and he was eventually apprenticed to Alessio Baldovinetti to study painting and mosaic. 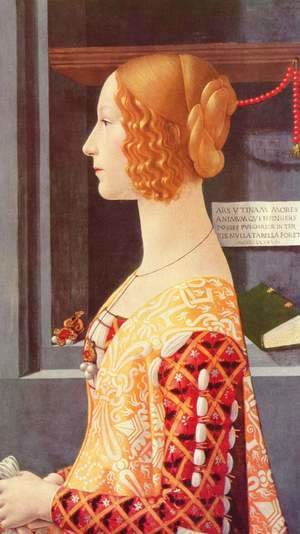 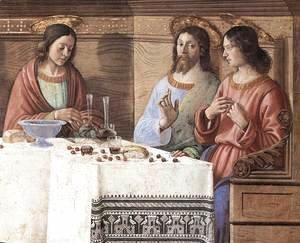 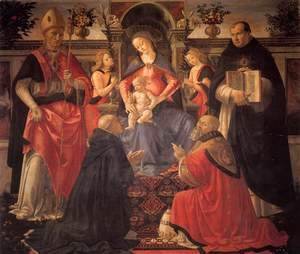 Madonna and Child Enthroned between Angels and Saints c. 1486 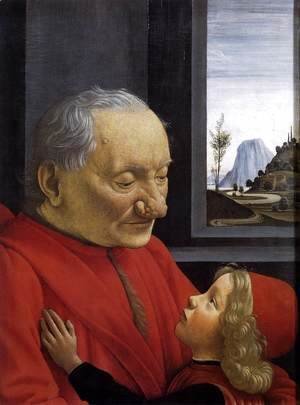 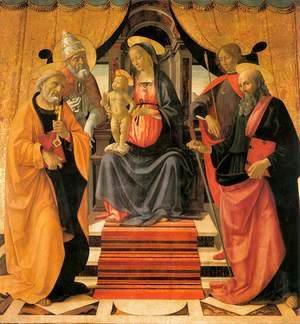 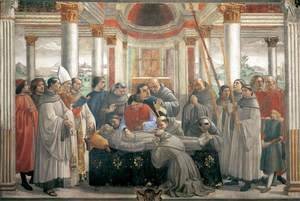 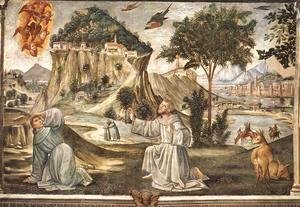 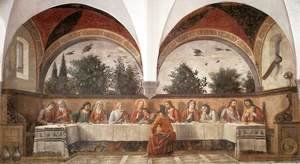 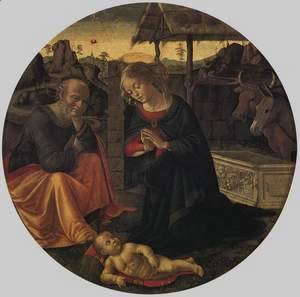 Adoration Of The Child

Adoration Of The Magi 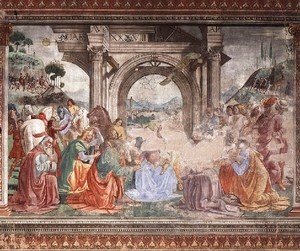 Adoration Of The Magi2

Report an error on this page